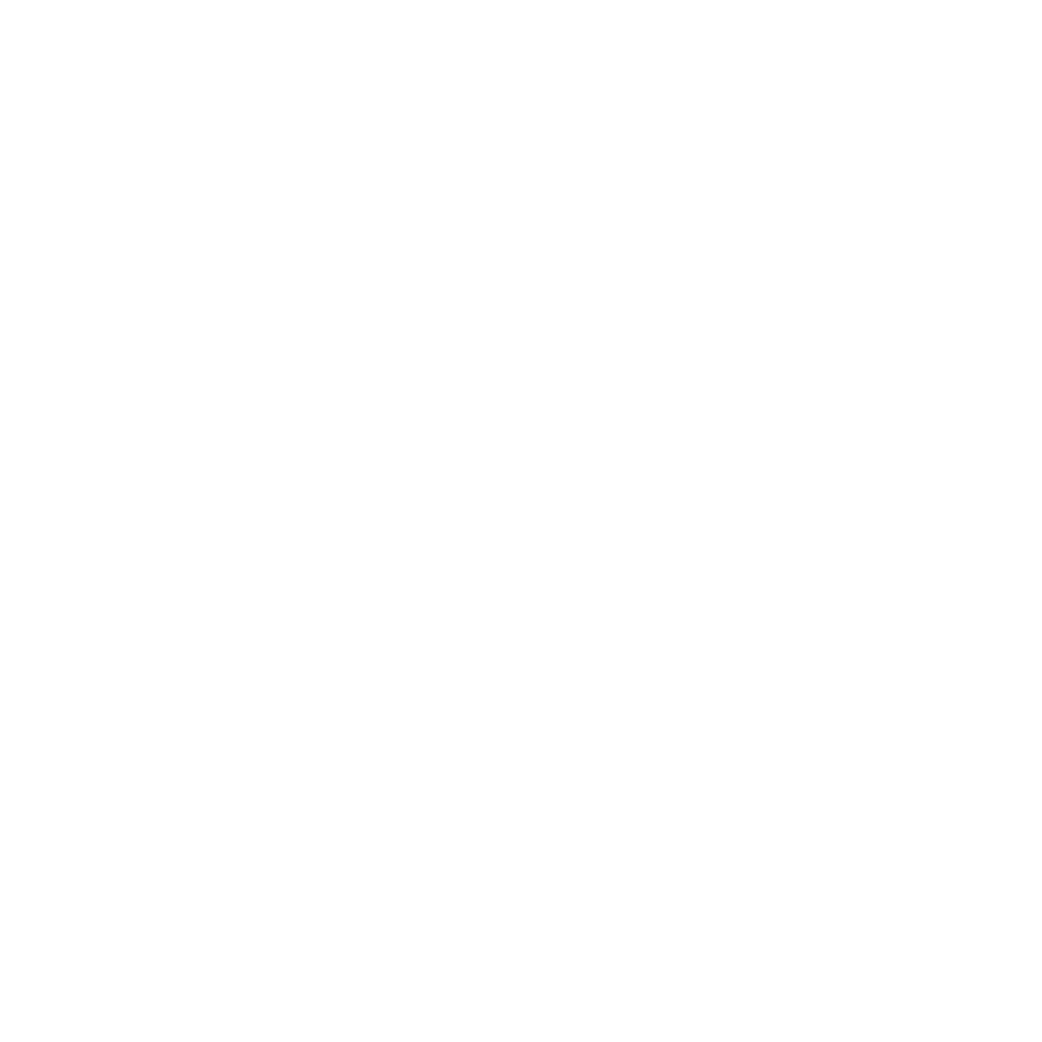 Welcome to Throubi Restaurant, the Imerovigli based dining experience for sunset lovers. Celebrate the santorinian gastronomy with a holistic twist. Get a taste.

Following resort’s holistic philosophy of health and wellness, Throubi restaurant celebrates the Santorinian gastronomy under the guidance of a selected team, always ready to share its passion for creating exceptional culinary experiences. Obsessive perfection here is in the details as each dish is created and plated like a work of art, inspired by the nutritionally balanced Mediterranean cooking style. Our young and enthusiastic team guarantees high quality service, Andronis group prides itself on. An equal amount of care and attention has put into a selection of ingredients specialty, handpicked directly from the restaurant’s purpose-built gardens. All you can expect in here, are endlessly relaxed dinners at the most romantic side of Santorini, blended with excellent wine from an extensive wine menu never that fail to astound. We invite you to unveil the secrets of unforgettable dinning escapes, showcasing a poetic backdrop that stimulates the senses.

‘’An unforgettable private dining experience…’’ Beautifully designed, our private area provides a discreet, indulging & romantic setting for a very special dinner. A wholly discreet and supremely flexible private dining space overlooking the most beautiful sunset in the world. Throubi brings the five-star service along with a degustation menu from our executive chef perfectly combined with a premium wine selection, personally designed from our Sommelier. Do not miss this unique experience!

The 28 pool suites and villas, most of which are built to capture the sunset over the Aegean towards the caldera, feature minimalist interiors that fuse traditional Santorinian style with bright, contemporary touches. The result is accommodation as sophisticated as it is warm and welcoming. Private terraces and infinity pools provide the perfect haven for guests to enjoy the vast Aegean panorama as it opens out below them. The serenity of the scene, the elegance of the suites and the five-star service from our staff make this an exceptional experience.

Executive Chef Charalampos Koukoudakis is a seasoned veteran of the demanding Santorini culinary scene, sourcing the best produce of the region to lead his creations to new heights. His passion and dedication in excellence bring youthful energy and sophistication leading a kitchen team truly invested in creating extraordinary food and using the freshest raw ingredients from the restaurant’s purpose-built gardens.

In front of Spanish gastronomy, Paco Morales, a member of a family focused on hospitality body and soul, inherits the love of the trade. In 2010 he obtained his first Michelin star with his restaurant "Paco Morales" in Bocairente. His large project, NOOR, opened on March 17, 2016, in his hometown Córdoba. A gastro cultural project in which Andalusian cuisine is reinterpreted. Carrying out a work of historical recovery and arduous study on the gastronomy of Al-Andalus. Rated the blend of the three cultures, which is undoubtedly the basis of the great Andalusian cuisine. Two Michelin stars in just over three years, and the almost unanimous support of customers, colleagues and critics, endorse this work of culinary research through the history of cooking.

Jonathan Zandbergen has been working as an executive chef for Michelin-starred Restaurant Merlet since 2015. His cooking method is based on tradition and innovation. Fine products, special flavors from around the world, and an innovative French kitchen. He has won several awards such as the ‘Prix Culinary Le Taittinger’ in 2014 and has been voted by Gault & Millau as the Talentful Chef of 2017. The Dutch public got acquainted with Jonathan Zandbergen by several media appearances, most recently as a jury member in the RTL program Topchef Academy. “I create tasteful dishes with local ingredients. I’m always in search of the best products in the surrounding area, with respect for the animals and all the other things nature gives. Vegetables are very important since they bring agreeable flavors and because they are easily digestible. The story of a product matters. The idea of slow food is an idea that suits me. Take for instance the superb fresh bass of fisherman Jack or the tasty vegetables of Jeroen of the farm Noorderhoeve. The passion and dedication of the producers and the way they treat their products are what counts above all. As a chef, I pursue this passion and dedication in the kitchen of Merlet.”

Chef Begona Rodrigo is the Head Chef of La Salita. Located in Valencia, Spain, occupying a building in the city’s Ruzafa district, La Salita stands out for its different dining options on the ground floor and the gastronomic restaurant upstairs. She came into the world of cooking almost out of necessity. “I have not decided to be a cook. Life has done it for me”, she assures. Her extensive experience in the kitchen does not come from family, nor from tradition. She trained in various hotels and kitchens before opening her own restaurant. Today, La Salita with 1 Michelin star is not her only project. She has united all her projects under the name of Anarkía, an idea that defines her ideas very well, crazy with a little from there and another from there. Doing what she really likes the most, what she wants.

Talented Chef Asterios Koustoudis is the Executive Chef of Hotel Grande Bretagne and King George Hotel. Awarded with a Michelin star, Asterios believes in simple cuisine, gives emphasis on premium quality fresh ingredients and advanced cooking techniques in order to achieve clean flavors and create exquisite dishes. With his wide experience in Mediterranean and Greek cuisine, he has given a modern twist to the menus of both hotels capturing the essence of each season.

Jacob Holmström was practically raised at his father’s restaurant. He spent a year at a restaurant called Linnéa, that’s where he first met Anton, with whom he now runs Gastrologik. After Linnéa, he spent two years working at Bagatelle, which later became a two Michelin starred restaurant. Later he moved to Paris where he met Pascal Barbot and he quickly got promoted as a chef de partie at Lástrance. After two years, the restaurant earned its third Michelin star. "The price is not what makes the produce exceptional; it is the quality that does that", he claims. Working this way, by listening to the producers, he guarantees that the restaurant always has what’s best in that moment of time.

Dinos started his career working with Jean-Charles Metayer in Elounda, Crete, then moving to the two Michelin starred restaurant Spondi in Athens where he stayed for more than ten years. Numerous apprenticeships next to gastronomy legends such as Eric Frechon, Arnaud Bignon and Gilles Marchal helped him to develop his talents in his own unique way, resulting in the finest Greek nouvelle cuisine with a subtle French flair on your plate. Dinos has taken over the gastronomy project at Bill & Coo Mykonos since 2017.

Thanos studied financial economics and nothing showed he would thrive in the kitchens till his military service where he realized he enjoyed the feedback of his fellows about his food. Discovering his passions was the moment he decided to perfect the art of cooking. The culinary studies and some jobs in local restaurants ended with an internship at a restaurant that was aiming to win a Michelin Star. He then thought he should work at a restaurant already awarded with Michelin stars and after sending multiple applications he got his first job in Geranium where he stayed for three years working in different parts of the kitchen including the patisserie. After a short stint in Athens where he worked at Hytra restaurant he couldn’t resist the offer of Rasmus Kofoed to return to Geranium as the Assistant Head Chef where he is till now.

Please click the link below if you want to book a table.

Please use the below form to talk to us!